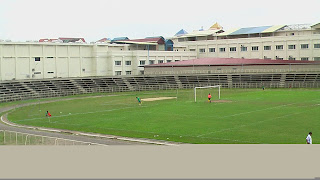 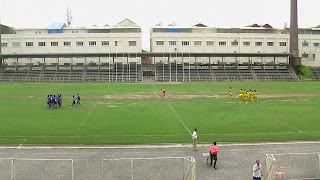 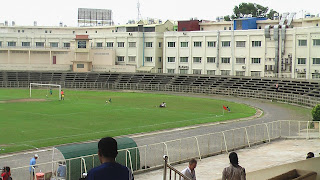 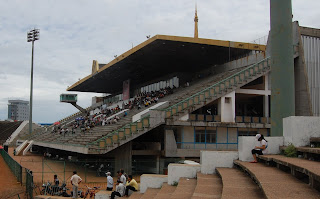 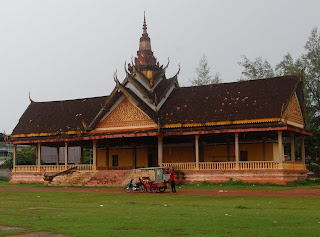 The main, and only, stand with local transport parked in front 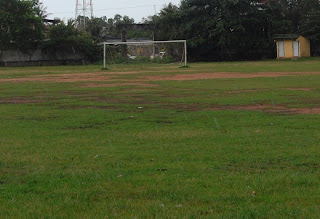 Behind the goal is an entrance gate 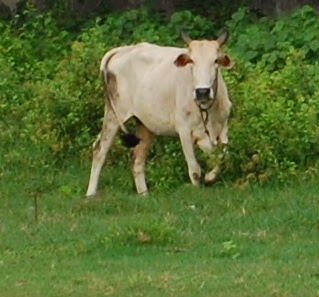 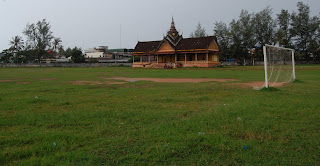 Impressive stand eh?
The scoreboard, below 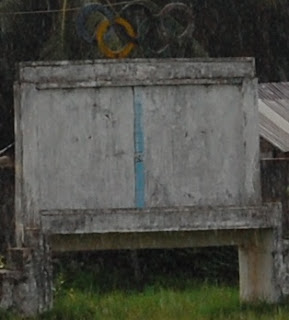 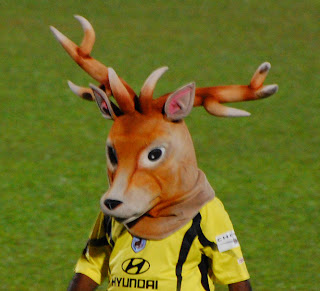 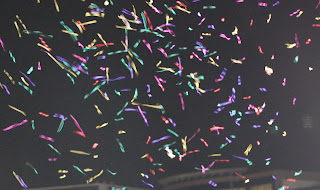 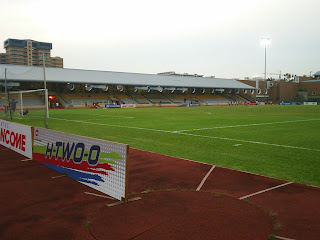 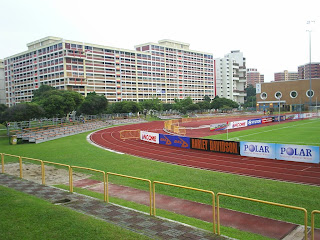 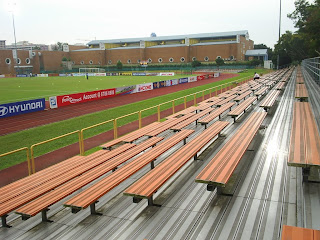 Bog standard Singapore sports stadium complete with running track and temporary stands down one side of the field and one covered main stand.
Short walk, perhaps 15 minutes if you get lost in one of the malls, from Tampines MRT, like other Singapore stadia it suffers from over officious stewards who make you feel as welcome as Porky Pig and his family at a Bar Mitzpha.
# posted by Me @ 12:39 PM 1 Comments 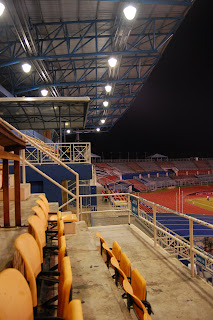 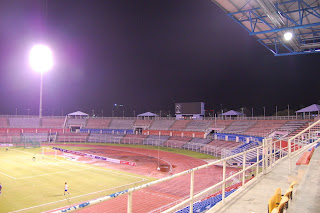 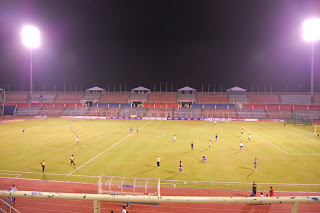 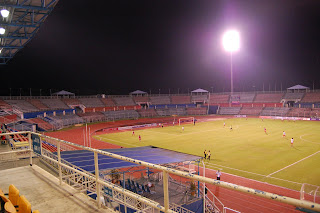 A comfortable trip across the cause if you're in Singapore, Larkin Stadium is just a 10 minute walk from Larkin Bus Station which is the end of the line for buses from Singapore. Come out the bus terminal, turn right at the crossroads and follow the floddlights keeping the Shell petrol station on your right.
By the way, with the end of British colonialism on some maps this stadium is now referred to by its new name which is such a mouthful I can't remember.
This place looks and feels like a football stadium, shame about the running track and meagre 150 fans who turned up when I did.
Don't expect much n the way of facilities once you're inside
# posted by Me @ 6:19 AM 0 Comments

There are two Bogors and three football teams associated with Bogor. Hope you're paying attention at the back. PSB, in the first division, are the Bogor city government team and they play at the Pajajaran Stadium in, um, Bogor.
Persikabo are the team from Bogor District and they play in Cibinong which is in Bogor District. Then we have Bogor Raya from the Liga Primer Indonesia and they also use the Persikabo Stadium.
Unusally for an Indonesian stadium the Persikabo has two covered stands along the side of the field. One is the VIP stand and opposite is a terrace. Two open terraces behind the goals and no running track.
It rains in Bogor a lot. A hell of a lot. I was lucky on this visit as it was a really nice day with the mountains making a nice back drop to the stadium.
How to get here by public transport. I guess there are buses from Bogor, there are from different terminals in Jakarta. From the jalan tol exit at Cibinong, follow the signs to Cibinong and start asking. It's not far from Pemda, which most people will know. 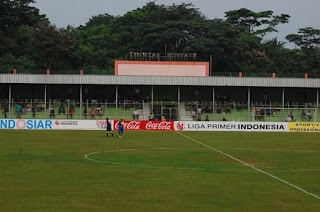 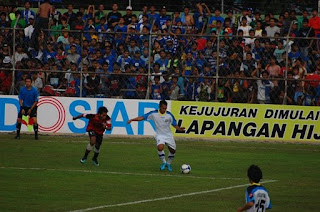 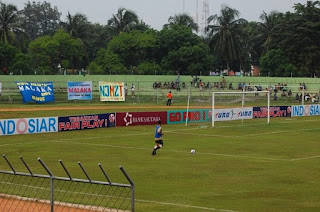 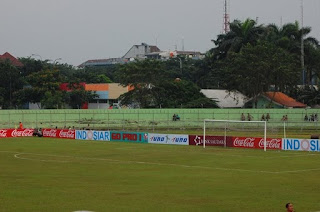 Bekasi is home to two football teams, the abmbitious Persipasi who play in Divisi Utama and hope to get to the Indonesia Super League at some stage. The other side play in Division 1 and are known as Persikasi.
The stadium looks to be a short walk from Bekasi railway station from where there are regular connections to Jakarta a few miles west. If driving along the Jakarta to Bandung toll road exit at Bekasi West.
Bekasi is a Jakarta suburban overflow with all that entails. But while money gets spent on wide roads and glitzy malls the stadium has been ignored and retains the appeal of a place like The Dell or Highfield Road. Lots o fences and no consideration for fans to actually see all four corners of the pitch!

A freelance writer based in South East Asia looking at football from the terraces, the sofa or the pub